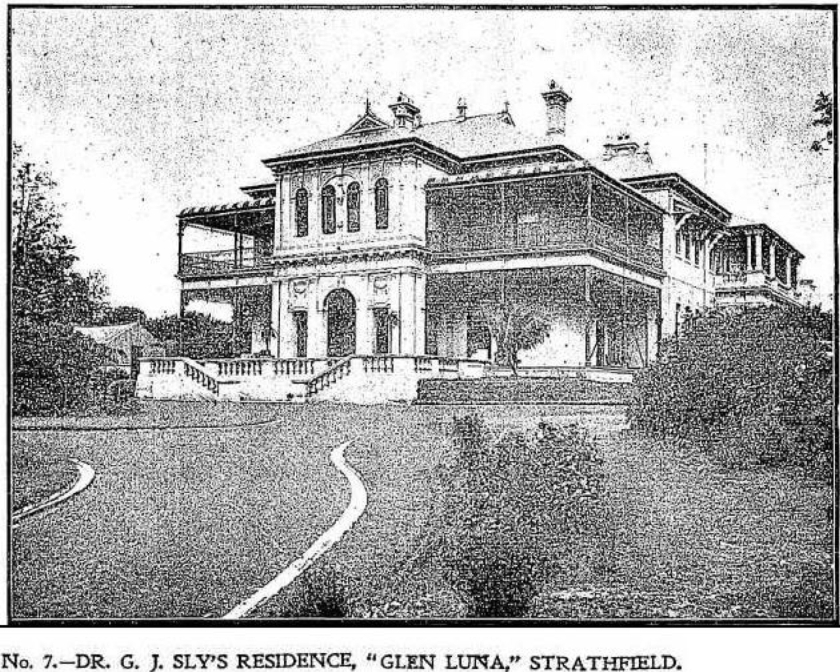 A rare photograph of ‘Glen Luna’, 2-4 Carrington Ave Strathfield featuring the grand entrance and staircase that faced The Boulevarde on the corner of Carrington Avenue. The entrance became obscured when the front grounds were subdivided in the 1920s.

‘Glen Luna’ was the home of prominent barrister Dr George Sly, founder of the legal practice Sly & Russell.  The house was built by master builder Robert Wall from a design by the architectural firm of Ellis & Slatyer. Sly lived at ‘Glen Luna’ until 1924 when the house was sold.  The new owners subdivided the grounds and the house lost its Boulevarde frontage. In 1927, the house was subdivided into apartments.  In 1985, the property was substantially renovated and strata titled.