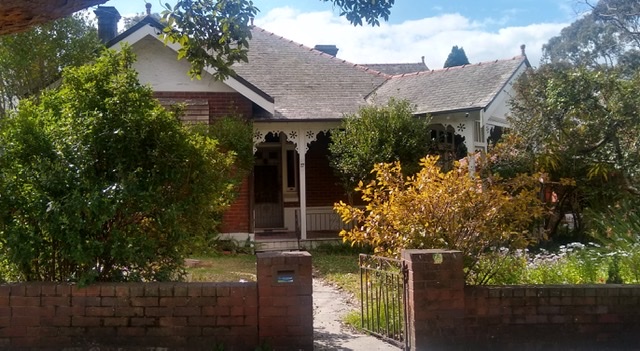 Coventry Road Strathfield is situated on land originally granted in 1793 by the NSW Colonial Government to a group of free settlers, including Frederick Meredith, Edward Powell and Thomas Rose, in an area known as Liberty Plains. The intention of the land grants was to establish farms and food supply for the growing colony.  The land proved difficult to farm and the settlers abandoned farming activity and moved from their land.  Eventually, this land and other land located in the current day Homebush West and Homebush (both sides of the railway line) came under the ownership of James Underwood, Edward Powell’s son-in-law.  The land became known as the ‘Underwood Estate’.

By 1878 when the section of the ‘Underwood Estate’ known as the ‘Village of Homebush’ was subdivided, residential development of the suburbs of Strathfield (then Redmire) had already commenced. The large ‘Redmire Estate’ commenced residential subdivision in 1867 and by the late 1870s, large homes for wealthy merchants and businessmen were being built in Strathfield.  In 1877, a rail halt and later a station was established at Redmire.

A railway halt and later a station was established at Homebush in 1855, which was intended to service the Homebush Racecourse, sited north of the current railway line.  There is little evidence of development on the south side of the Homebush Railway until the development of the ‘Village of Homebush’ estate from 1878 onwards.

‘The Village of Homebush’ estate is a section, measuring 306 acres, of the ‘Underwood Estate’.  it is located south of the railway.   The land was purchased by a group who intended to subdivide the land for residential development.  The group included: William George Pennington, William Henry Mackenzie Snr, John Piper Mackenzie, Robert John King, and Charles Wye Weekes.

The house ‘Ophir’ 17 Coventry Road Strathfield was built in 1914.  The house was approved for construction on 27 October 1913 for its owner Arthur Brierley, Young St, Croydon.  The house was a brick cottage with a slate roof of more than six rooms with an estimated value of £1050.  Brierley named the house ‘Ophir’.  The house is described as single storey, brick Federation house with a slate roof and terra cotta capping and elaborate timber detailing to the verandah.

In 1920, ownership transferred to Mrs Margaret Day, wife of Walter Day, a pioneer of the Lockhart district in NSW, who is credited with much of the establishment of this town in the Riverina district in NSW.  Day was a auctioneer and land agent.  He also served for 23 years as an Alderman and two terms as President of Lockhart Shire Council. Walter Day Park in Lockhart is named for Day.

Mr and Mrs Day moved to ‘Ophir’ and lived in the house until their deaths, Walter Day in 1934 and Margaret Day in 1943. The house was sold c.1954 to John Duers Saul