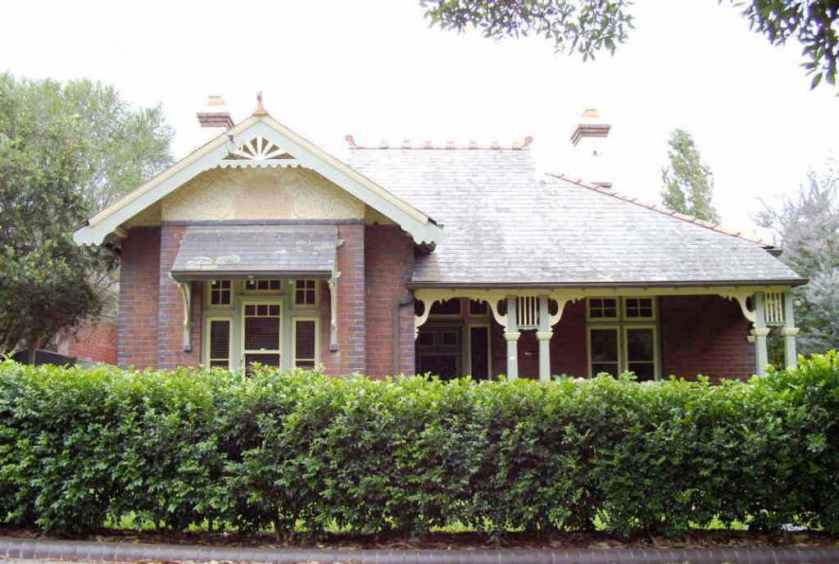 ’Rosebud’ 41 Broughton Rd Homebush is located on section 8 of the Village of Homebush Estate, an 1878 subdivision of the part of the Underwood Estate.  The house is single storey Federation house with an asymmetrical facade.

This house was built in 1919 for its owner Mary Sheil of Avoca Rd Randwick. Construction of the house was approved in August 1919 for a brick bungalow of 5+ rooms at the estimated value of £800.  The builder was R F Curgenven, St David’s Road Haberfield.

Sheil owned the house until c.1924 when ownership transferred to Thomas Cahill (c.1875-1947), an engine driver and carriage builder and his wife Margaret (formerly Kennedy) (1879-1965).  The Cahill’s named the house ‘Delabarra’.  The house continued to be owned by the Cahill family until the 1960s.