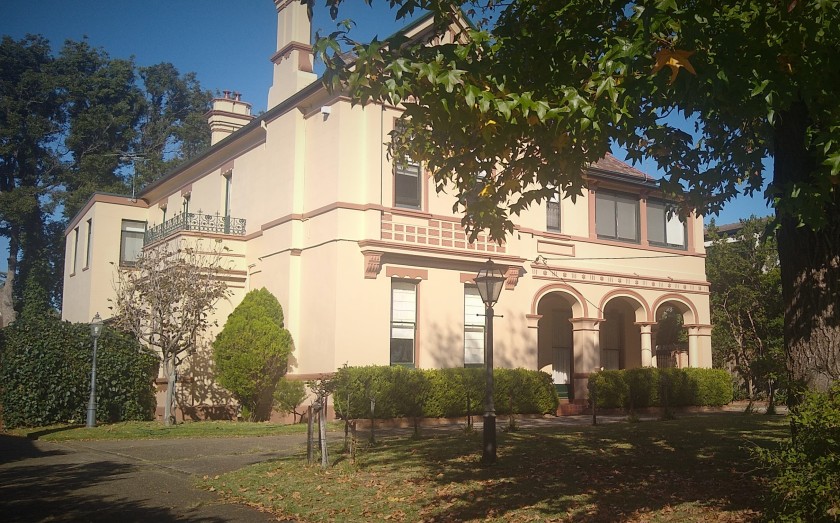 ‘Walden’ is located on the Woodward Avenue Heritage Conservation Area, which includes predominately Victorian houses, in Woodward Avenue, The Boulevarde and Albyn Road Strathfield. This precinct is built on the 1880 subdivision of the Woodgreen Estate and is one of Strathfield’s earliest residential developments.

‘Walden’ was built c.1893 and was first owned and occupied by Robert Mander Ross (1849-1902) who called the house ‘Walden’.  Ross was the son of Robert Scott Ross and Eliza Jones, daughter of David Jones. Ross was a partner in the business David Jones & Co. Ross lived there until his wife Eleanor’s death in 1902, he died later in the same year.  The house was then let to Allen H. Nott, a grazier, likely a relation of Ross, who lived at Walden from 1903-1905.  The Nott, Ross, Thompson, Wilshire and Jones families were related by birth and marriage.  They were very prominent in the Strathfield and Burwood areas and the Congregational Church in the late 19th and early 20thcentury.

By 1951, the house was transferred to Jacqueline Downes, who from 1951-1955, used house was used as a boarding house.  By 1960, the house was sold to  Edwin and Patricia Judge and the house reverted to a private residence.