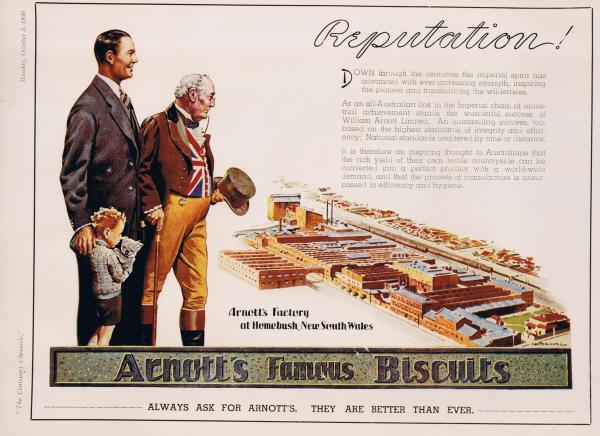 Strathfield was described in the Centennial History of NSW as ‘purely a residential suburb’ with houses of the ‘better class merchants and retired people’.  Another description in the 1890s saw Strathfield as a:

”municipality of mansions…too far from the metropolis to permit the labouring classes seeking homes there and (with) no industries to induce such settlement.’

When Strathfield Council was incorporated in 1885, it was principally a residential area.  Commercial or industrial activities consisted of services to the local community such as shops, post offices, dairy farms and the railway station.

With the establishment of the Local Government Act 1919, town planning powers were available to local government.  Strathfield Council was the first Council in NSW to utilize the new planning powers by declaring most of Strathfield a residential district in April 1920.  The proclamation excluded any trade, industry, shop, place of amusement and advertisements in Strathfield Municipality except where designated in the proclamation.

In the Statistician’s report on the eleventh census of NSW [1893], the then colony was divided into a number of social classes.  Strathfield, in comparison to surrounding suburbs, had the highest occupational professional group [24%] and lowest amount of industrial workers. The 2001 Census indicated that the population of Strathfield Municipality is higher than the Sydney average in occupations classified as professional and education at tertiary level.

Historically, most professional workers worked outside of Strathfield.  In fact, many resided in Strathfield because of the availability of fast rail service to the City.  While Strathfield had little industry, many of Strathfield’s most prominent residents were wealthy industrialists and merchants.  Prominent industrial and mercantile Strathfield families included the Arnott [biscuits], Buzacott [hardware & ships Chandlers], Heine [engineering], Todman [tobacco], Vickery [mining], Lysaght [wire], Taubmans [paint manufacturers] and Cottee [food production].  Strathfield also had a large number of prominent people who were graziers and stock agents, such as the Badgery and Beale families.  Many of these companies had headquarters at the Homebush Stock Yards, though the families lived in residential areas of Strathfield.

However, the demographic patterns for Enfield and Homebush differ indicating that local residents often lived close to their places of employment.  Electoral rolls disclose the occupation of voters and indicate that many lived close to the industry where they worked.  For instance, the 1937 Enfield Council West Ward electoral roll includes a large number of railway associated jobs such as railway employee, engineer, boilermaker and train driver.  Most of their home addresses are in close proximity to the Enfield Marshalling Yards.  Similar occupational/residence profiles accompany Arnott’s Biscuits and the Ford Motor Company.

The Residential Proclamation remained in force until February 1969, when the Strathfield Planning Scheme Ordinance was adopted.  The Planning Scheme Ordinance introduced zoning, which allows specific land uses such as residential, business or industrial.  Industrial zones in Strathfield Municipality tend to be located on the periphery of the Council boundaries and reflect historical land uses.

Homebush Municipal Council was formed in 1906 and contained considerable land dedicated to commercial and industrial use.  The Homebush Stock and Cattle Yards were established 1870, making use of the railway which was established in 1855 at Homebush.  EMI Recording Studios and pressing plant was opened in 1926 on Parramatta Road.  The Arnotts Biscuit Factory, which opened in 1908, is located on land situated across the former Homebush and Concord Councils [now Strathfield and City of Canada Bay Councils respectively].

The Homebush Bay wetlands and Powell’s Creek also provided constraints on development as substantial amounts of land were unusable for building, though much of the wetlands was filled and used as rubbish tipping sites.  Former tips are now parks such as Bressington Park.

Homebush Council adopted a Residential Proclamation in 1927, which separated the places of industry from residential development.

Another significant impact on Homebush has been the building of state and arterial roads.  The building of the M4 motorway involved demolition of many houses and streets in Homebush.  Some streets disappeared or became dead-ends such as Short Street.  The establishment of Sydney Markets in 1975 on the site of the former Sale Yards also involved relocation and abolishment of some streets in Homebush.  Building of Homebush Bay Drive has also altered street alignments such as Malborough Rd and Austin Avenue.

Most industrial sites were located close to the Cooks River.  Industrial development seemed to substantially increase after 1932, when Enfield Council adopted a Residential Proclamation.  It appears that much of the East and Central Wards were zoned residential, much of the West Ward permitted industrial development such as precincts of Cosgrove Road, Roberts Road and Madeline Street.

Early industries along the Cooks River in Enfield and Belfield were farms, particularly dairy farms.  Major milk suppliers such as Dairy Farmers, Fresh Food & Ice Company and Peters were located in Enfield near Cooks River.

Two large Brickworks were established in Water St and Dean St fronting the Cooks River.  The Strathfield and Enfield Steam Brick Works were located in Water Street and The Western Suburbs Brick and Tile Company was located in Dean Street.  The Dean Street Brickworks was later redeveloped into Dunlop Street industrial precinct in the late 1950’s.  Part of the site was later used as a tip.  Strathfield Council has now created a new park, Dean Reserve, on this site.  The former Water St brickworks is now occupied by various industrial developments.

There were once many tile factories in Enfield such as the Lion Tile Company on Liverpool Rd, which is now the site of McDonalds.

The longest continuous industrial development in Enfield is Weston Milling, which was established as N B Love Ltd Flour Millers, in Braidwood Ave Enfield in 1935.  This site is now owned by George Weston Foods.

Pluss, Martin, ‘The Evolution of Strathfield’, in Living in Cities, Burnley and Forrest [eds], Allen & Unwin, 1985.

Sands Sydney and Suburban Directories for Strathfield, Homebush and Enfield 1880-1932

Some Notes on the Municipality, Strathfield Council, 1974.

© Cathy Jones 2006. This article is subject to copyright and may not be reproduced without permission of the author.

I apologise but the advertised phone number 02 96423145 is not working. There is a problem with NBN and I have been advised that the phone service will be not rectified until there is a scheduled outage. I don’t have a date when the service will be restored. In the meantime, please contact via email. […]