Strathfield Council celebrated its 125th Anniversary in 2010.  To commemorate this important milestone, a function and an exhibition was held and a video highlighting aspects of the history of the Council area was produced.   This was jointly presented by Strathfield Council and the Strathfield District Historical Society.

A function was held on 9 June 2020 at Strathfield Town Hall.  Funds raised from the function were donated to the Red Shield Appeal. 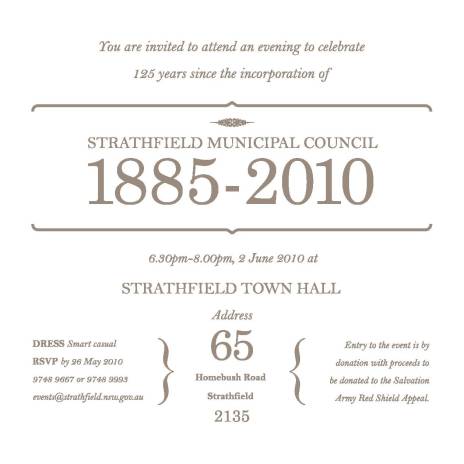 A video celebrating the Council’s 125th Anniversary was produced, which is also available on DVD.

An exhibition was held at Strathfield Library.  Note the video below was shot by Australian Korean Welfare Association (AKWA) and was published on You Tube.