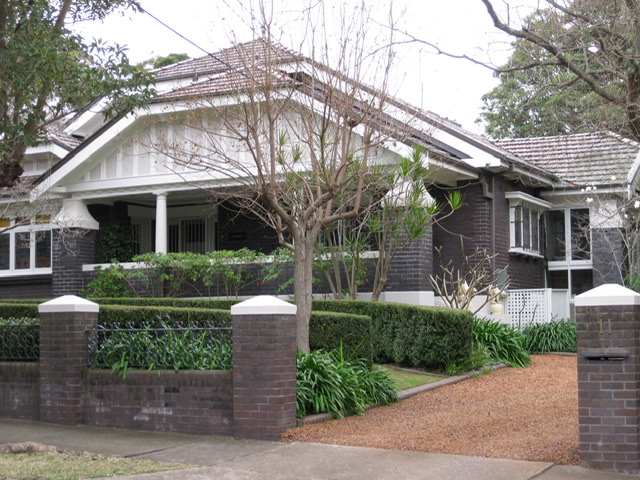 ‘Cotswold’, 7-11 Cotswold Avenue Strathfield was built in 1927 by its owner, master builder Cecil Hipwell.  Cotswold is a very good example of the Inter-War California Bungalow style. The estimated cost of the house was £1450 for built the house, a brick cottage of seven rooms and tiled roof. The house was built on Lot C, a subdivision of lots 3 & 4 of DP 534056.  The Hipwells named the house ‘Ben-Ean’.

Cecil Hipwell was well-known builder in Cessnock  NSW.  He moved to Strathfield but died in 1934 aged 47 years.  The house continued to be owned by his wife Gladys Muriel Hipwell for many years.  By 1957, the house was owned by Dr Jack Mortlock and his wife Lucy.

In more recent times, the house has been renamed ‘Cotswold’, which is the name of the street on which it is built. Cotswold Rd was named for the large home ‘Cotswold’, which has been demolished.  It was built c.1892 by William Price. The house was occupied by many prominent people including Price, Octavius Beale of ‘Beales’ Pianos’; Arthur Mullens, sharebroker and Chairman of Sydney Stock Exchange. The home and grounds measured 3 ½ acres.  Over time, the grounds of this property were subdivided creating smaller residential lots and streets such as parts of Llandilo and Wakeford Roads.  The original name ‘Cotswold’ is a range of hills in central England.