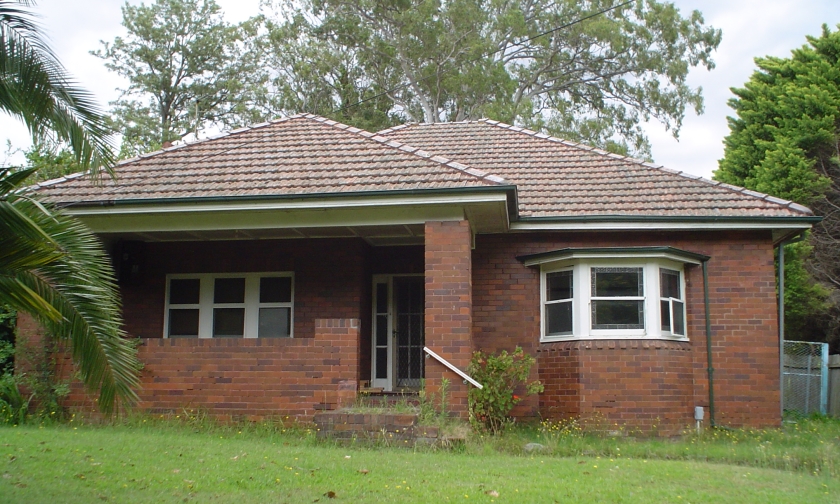 In 1936, the grounds of the Victorian mansion ‘Howglen’ were subdivided creating residential lots facing Meredith St, Coventry Rd and Mackenzie Streets.   Lots 7 to 12 of the Howglen Estate are located 37 to 45 Meredith Street.  Between 1936 and 1938; the lots were sold and buildings were erected on these sites.  Each dwelling was separately owned with different builders.  The house ‘Howglen’ was eventually demolished and the cul-de-sac Boyce Avenue was built on this site.

37 Meredith Street, a brick cottage of five rooms, was built in 1937 for its owner W Sherwin.  The builder was D J Gibbons of Homebush .  It is likely the architect was H. W. Reilly.  A notice was published in December 1936 that the architect ‘O’Reilly has let a contract to D. J. Gibbons, Meredith Street, Homebush, for the erection of a residence at Strathfield’.

The estimated cost of the building was £1000.  By 1960, this house was still owned by William Sherwin.