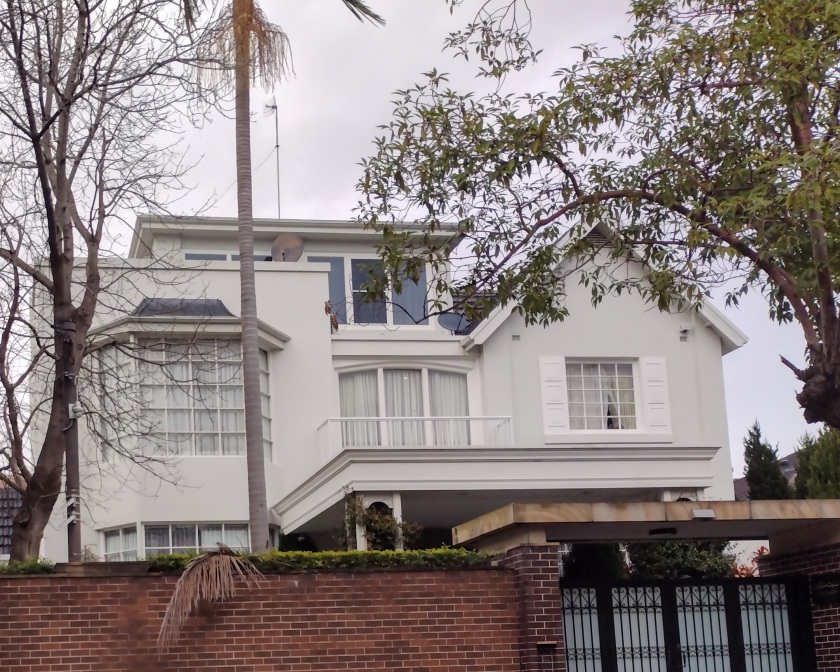 ‘Luleo’ 105 The Boulevarde (corner Albyn Rd) Strathfield was built in 1911 for Stuart Ritchie, a rolling stock contractor of the firm Ritchie Bros, and was designed by architect George Sydney Jones. The house is currently occupied by the Maronite Diocese. There have been a number of alterations and extensions to the original design. 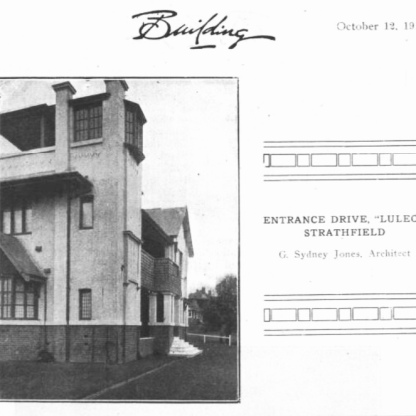 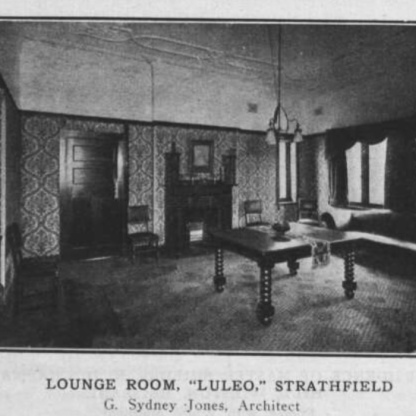 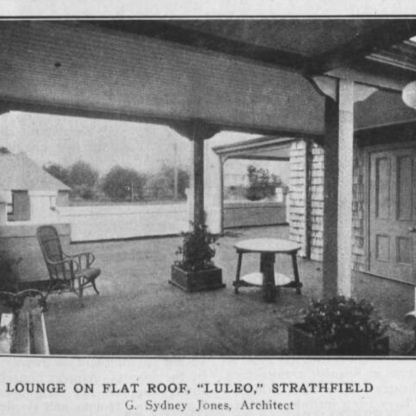 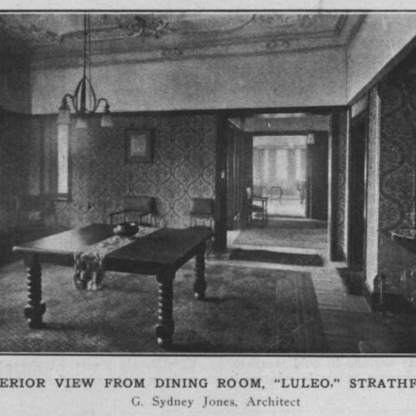 ‘Luleo’ stands on the grounds of the former Thompson estate ‘Malvern’.  The Thompsons were relatives of the architect George Sydney Jones. This building adds to the number of Jones designed homes located in the vicinity of ‘Luleo’ in Albyn Rd including ‘Darenth’ (34 Albyn Rd), ‘Bickley’ and ‘Treaghre’ (demolished).  However, ‘Luleo’ is a significant departure from Jones’ earlier Strathfield designs as the house was multi-storey, incorporated flat roof elements and rendered finishes.

In March 1911, Building magazine notified the construction of Luleo – ‘Strathfield – erection of a residence. G. S. Jones; builder H E Wearne, Liverpool’.  Strathfield Council Minutes noted approval to build a brick house in May 1911 for the owner Ritchie for an estimated amount of £2000 and builder Wearne.

The owner of the house was Stuart Ritchie (1885-1967).  Ritchie was the son of Ada (nee Bewick) and James Douglas Ritchie (1862-1925), of the firm ‘Ritchie & Co’, engineers and rolling stock contractors and manufacturers of railway carriages and trucks, which was based in Auburn.  James Ritchie was the son of Robert Ritchie (1836-1891) who served as member for NSW Legislative Assembly Electorate of Cumberland (1889-1891).  James Ritchie served as an Alderman on the first Auburn Council and was Mayor in 1893 & 1894.  He lived in Woodside Avenue Strathfield and left an estate of £163,000 on his death in 1925.

Stuart Ritchie married Vega Kopsen in 1911, the same year that ‘Luleo’ was built.  He lived at Strathfield until c.1936 when he purchased ‘Wirian’, Victoria Road, Bellevue Hill, where he died in 1967.  Ritchie’s daughter Joan married Henry Sharp, a doctor.  They were the parents of Sydney artist and film maker Martin Ritchie Sharp (1942-2013), who lived at ‘Wirian’ until his death. Sharp was Australia’s foremost pop artists and one of the founders of the controversial underground magazine Oz.

By 1936, ownership of the house was transferred to Edward Glasson, a company director and by 1939, to David Monheit, a chemist.  By 1948, the house was owned by Viola Rudd and in 1957, Edith Chambers, who renamed the house ‘Merrylinga’. Around 1960, part of the rear grounds facing Albyn Road were subdivided from the house creating residential lots on Albyn Rd.