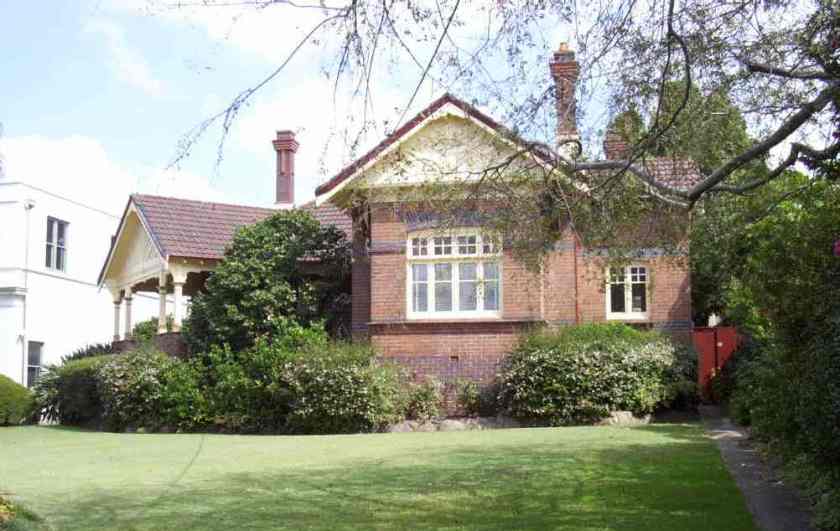 ‘Ravenswood’ is located at 65 Homebush Road Strathfield and is used as administrative offices for Strathfield Council.

The Council Administration Building facing Homebush Road is a former house called. ‘Ravenswood’, which was acquired by Strathfield Council in 1961. ‘Ravenswood’ was built in 1902 for Edgar Boston, Director of E. Way & Co, a prominent city department store.  E. Way & Co was located in Pitt St Mall, next to Myers (the façade is still visible). 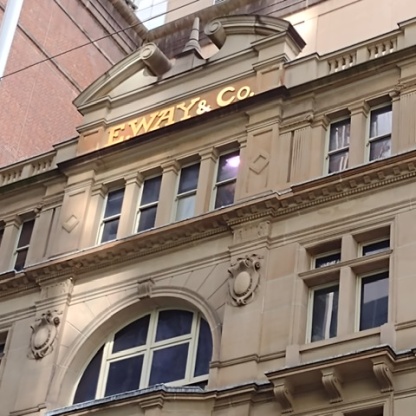 Edgar Boston died in 1906 and the property was transferred to his wife, Susan.   The plan of the house design is dated 28 July 1902 and signed by G H Dale, contractor. George H Dale was master builder from Meryla Street Burwood.  Dale also served as an Alderman on Burwood Council.

Mrs Boston continued to reside at ‘Ravenswood’ until her death in 1948. ‘Ravenswood’ was then purchased by Ernest and Elsie Melheuish, leather goods manufacturers, who owned the property until 1961. Council records note that this property was used as a boarding house.

In 1961, Strathfield Council sold the former Town Clerk’s residence ‘Halloween’ (69 Redmyre Road) and acquired ‘Ravenswood’ to accommodate the administrative offices of the Council. Though the expansive front gardens have been well maintained, the rear and side gardens have been reduced with further extensions to the Council Chambers and building of a new office block in the late 1990’s at the rear of ‘Ravenswood’. Though the grounds surrounding ‘Ravenswood’ have been reduced, the building has been well maintained and most internal original features of the house are in-tact.

Ravenswood was converted to accommodate the Engineering Office, Parks Supervisor’s Office and Mayor’s Room. The back of the building was used as a residence for the Council caretaker, a position that has since been abolished. Despite the Council using ‘Ravenswood’ for over forty years as office accommodation, most of the original features of the home have been retained including fireplaces, pressed metal ceilings, leadlight doors and internal archways. ‘Ravenswood’ also provides accommodation for the offices of the Mayor and General Manager of Strathfield Council.

The former Town Clerk’s residence at 69 Redmyre Rd has been reacquired by Strathfield Council.  The building has been restored and renovated and is now used for offices.

‘Ravenswood’ is heritage listed items on the Strathfield Council Local Environmental Plan and is located within the Redmyre Road Heritage Conservation Area.

© Cathy Jones 2005, updated 2017.  This article is subject to copyright and may not be reproduced without permission of the author.