Water Street crosses the Cooks River, which divides the suburb of Strathfield South (at north) from Belfield (at south). It is likely that street name was derived from its proximity to the Cooks River.

The second stage of Water Street was laid out in the subdivision of the Clareville Estate c.1906. This section extended Water Street from the Cooks River to Punchbowl Road. The two sections were initially connected by a wooden bridge which was swept away in a storm in the 1930’s and replaced by a concrete bridge that supports both vehicle and pedestrian access.

In the 19th century, two large brickworks were established the Cooks River.  The Strathfield and Enfield Steam Brick Works were located in Water Street and The Western Suburbs Brick and Tile Company was located in Dean Street.  The Dean Street Brickworks was later redeveloped into Dunlop Street industrial precinct in the late 1950’s.  Part of the brickworks site was used as a tip to fill and level the site.  This was developed into the a park, Dean Reserve. The former brickworks located on Water Street are now occupied by various industrial developments.

James Smith was elected Mayor of Strathfield Council. Smith was the first Labor Party (ALP) Mayor in Strathfield. He served as an Alderman from 1965-1974. 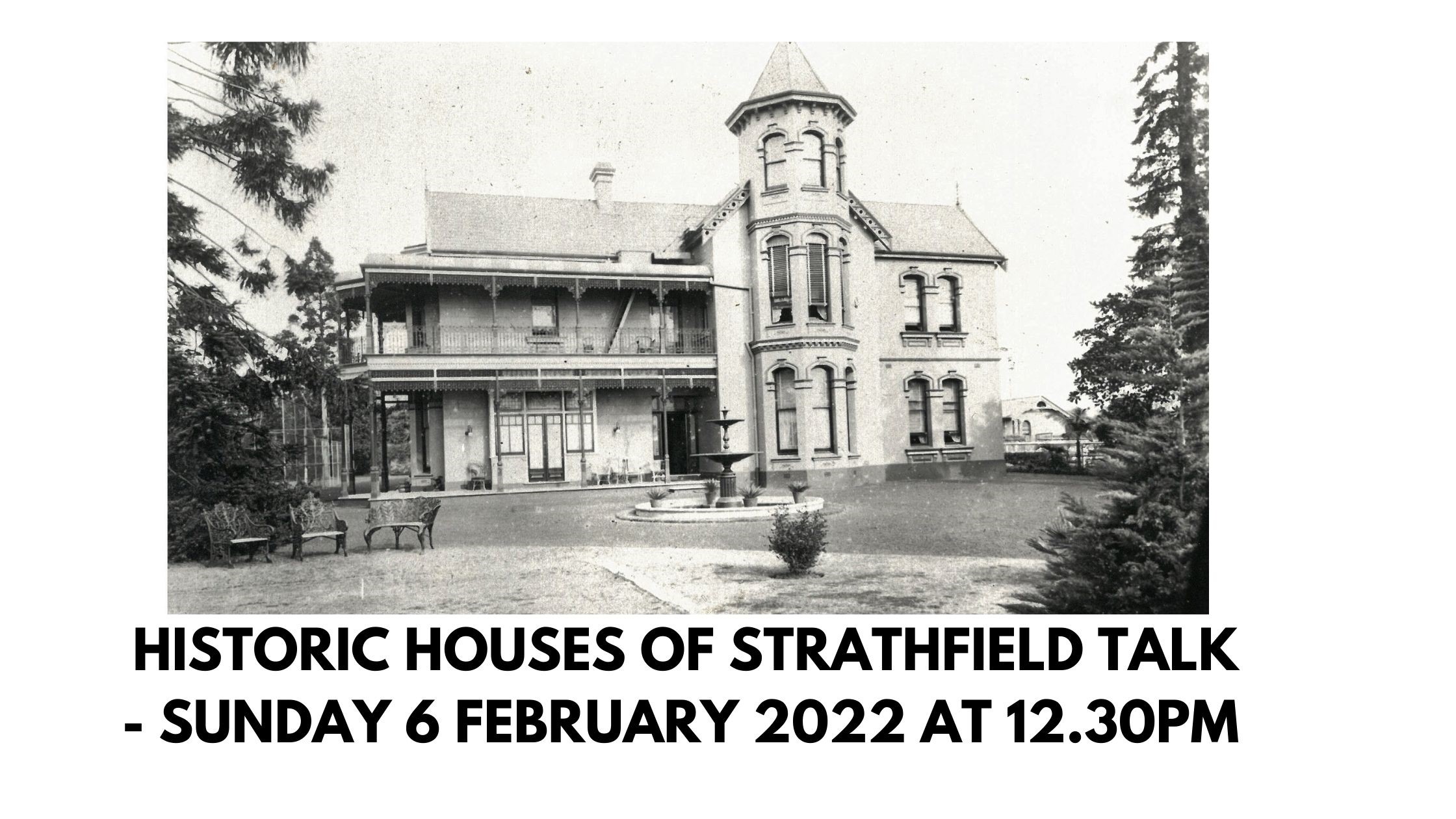 You are invited to attend the Historic Houses of Strathfield exhibition at Strathfield Library.  This exhibition is presented by the Strathfield-Homebush District Historical Society with support from Strathfield Council. EXHIBITION – will be shown from 16 December 2021 – 6 February 2022.  Open during Library opening hours. Free entry. A talk will be held on Sunday […]