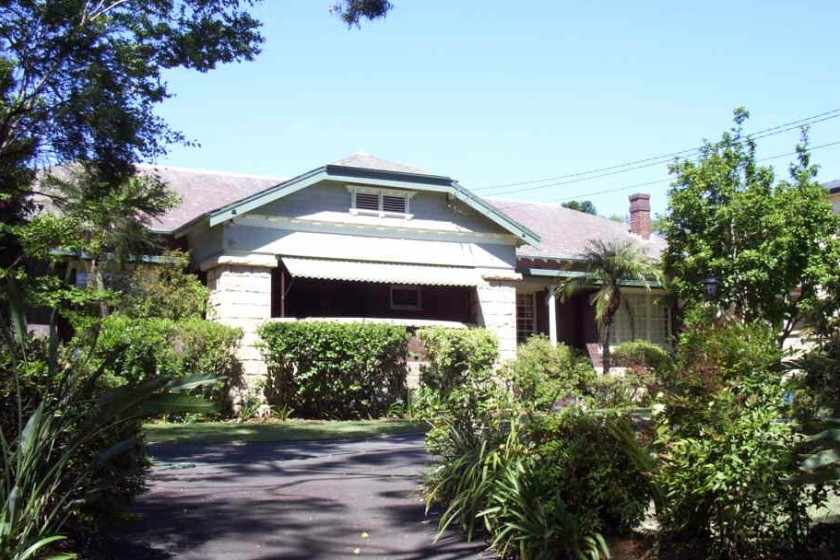 ‘Tusmore’ was built in 1926 as a residence for its owner William John Coote.  Approval was granted in July 1926 to construct a brick dwelling with a slate roof of over ten rooms at an estimated cost of £3000.  The builder was A S Richards, Lord St, Roseville.

William John Coote (c.1881-1966) was a member of a prominent Australian family of jewellers. William John Coote founded the firm of W J Coote & Sons, watchmakers and jewellers, in George Street Sydney in 1904. Coote was the brother of  Edmund Coote, who founded in 1895 with William Angus, the jewellery firm of Angus & Coote, one of Australia’s most prominent jewellers.