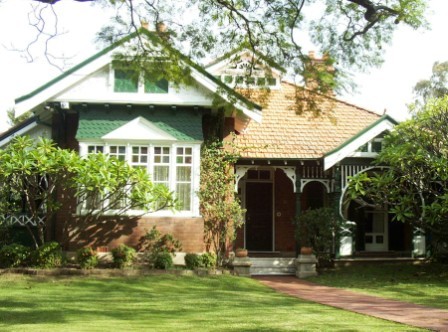 ‘Nangur’ is situated on the original Thomas Rose grant of 1793.  This land was acquired by the Camden Congregational College, who intended to build a theological college at Strathfield.  With the onset of the 1890’s economic depression, this plan became unviable and the College Trustees opted to subdivide the land and offer it for residential sale in 1898.  This subdivision includes land in Albert Rd [65-103 Albert Rd], Homebush Rd [25-39 Homebush Rd] and Beresford Rd.

From 1924 to 1936, solicitor Alfred Rofe was the owner of ‘Nangur’.  In 1936, ownership was transferred to Reginald Cramp, a veterinary officer, who continued to be the owner of this home until at least the 1960’s.