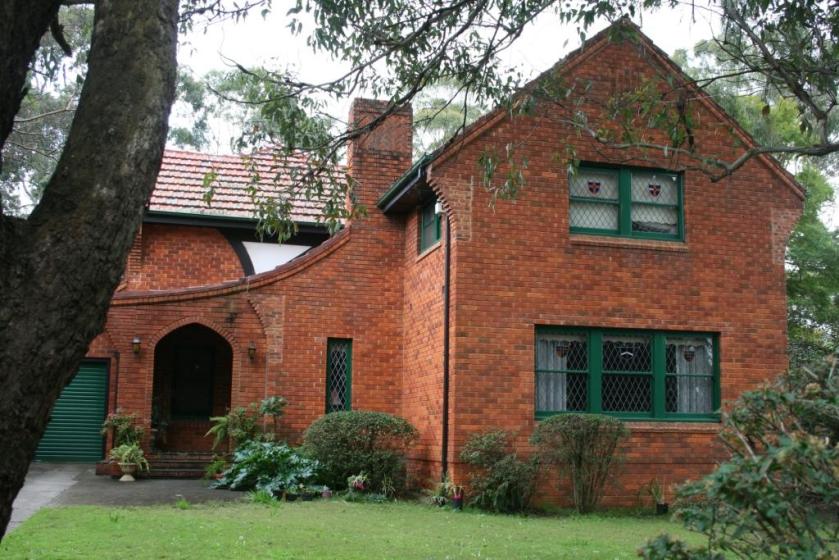 13 Merley Road Strathfield is built on the Inveresk Estate.  This estate was a subdivision of the grounds of merchant George Begg Vickery’s estate.  After Vickery’s death in 1938, his son Ottamar Vickery subdivided his father’s estate creating an eastern extension of the street Merley Road and the park ‘Inveresk Park’.  By 1941, all lots had been sold and building commenced.  A covenant was placed on the whole of the subdivision requiring a minimum cost of £1200 for any individual house.  The houses could only be built of brick and/or stone with slate or tile roofs and the minimum setback was established at 12 metres from the footpath.

By 1941, all lots had been sold and building had commenced on all lots except Lots 17 & 18 [13 & 15 Merley Rd] which were purchased by Mrs Nellie Hendy and quickly resold to Metab Young in the same year .  Despite other lots on this subdivision being built, the site remained vacant until 1950. An application was made July 1950 to construct a brick dwelling of eight rooms, garage and offices at cost of £7900.  No builders were notified.  However the house was shortly sold after gaining building approval to Colin Marsh and Stephen Marsh, builders of Hope & Reginald Streets Enfield. It is assumed that the Marsh brothers built the house in 1951-1952 as it was sold after completion for £8750 in 1952 to Harry Durie, who remained the owner into the 1960s.