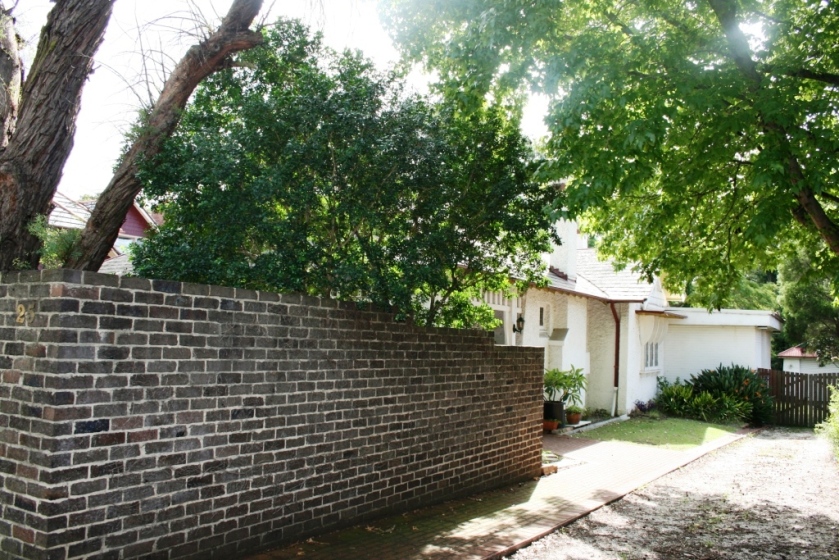 The land bounded by Ardittos Lane to the north, Elva Street to the east, Redmyre Road to the south and Homebush Road to the west was purchased by Robert Joshua King and Mary Ann Balmain, wife of surveyor and Strathfield Council Town Clerk John Hope Balmain, in 1903.  Prior to this time, it was largely considered unusable due to the presence of a watercourse and creek (which is now a Sydney Water closed stormwater conduit).  King and Balmain subdivided the two allotments into 66 feet wide blocks fronting Redmyre Road and The Avenue (later Churchill Avenue), a new street to link Elva Street and Homebush Road.  The land was auctioned as the ‘King Estate’.

The land was gradually taken up with the last allotments sold in 1914.  Many of the sales did not correspond with the original subdivisions, a number of purchasers preferring narrower frontages.  A convenant was placed on most sales requiring ‘one main building only on the said land and such building shall be a double fronted…and be built of brick and/stone with roof of slates and/or tiles and shall not cost less than £300”.

Lot 60 was purchased by Rachael Laird Fryer, wife of Joseph Cousins Fryer on 25 May 1909.  By 1913, ownership of the land transferred to Mrs Ruby Finney and approval was granted to construct a brick cottage with slate roof was approved in April 1913 for J L Finney.  The estimated value of the construction was £1060. The house was occupied by Leslie and Ruby Finney until c.1923. The Finney’s named the house ‘Edinglassie’.  The house was sold to John Elliott, company director and manufacturer, who named the house ‘The Gunyah’.

In July 1941, the house was sold by Elliott to Mrs Elizabeth McDonald for £1750.  Mrs McDonald retained ownership into the 1960s.

Department of the Valuer General NSW – Valuation List – Valuation District of Strathfield 1924, 1930 and 1960