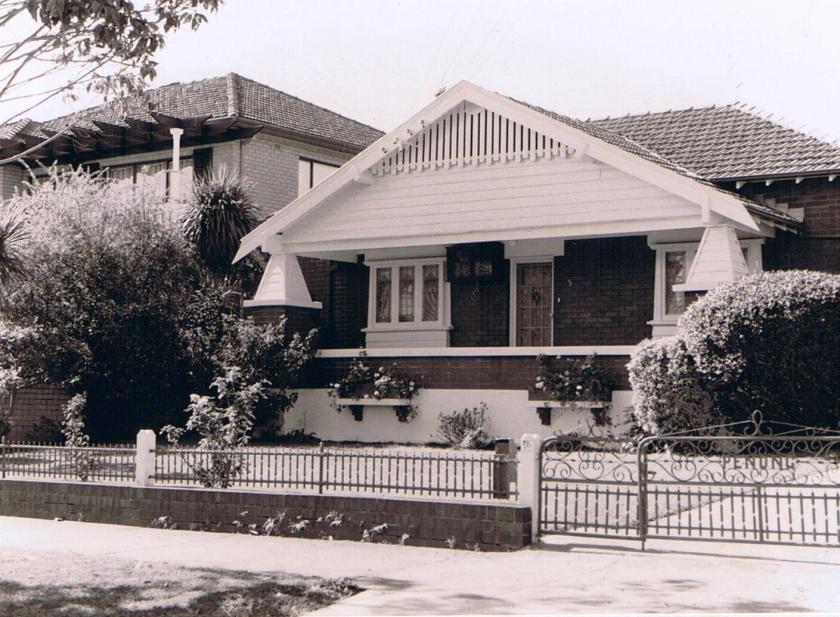 Charles Myring (d.1963), a bank officer, purchased Lot 33 which was land from this estate. Myring applied and received approval to construct a brick cottage in April 1928 for the estimate value of £1250.  The nominated builder was S R Party, St Clair St Belmore.