‘Luleo’, corner Albyn Rd and The Boulevarde Strathfield, was built in 1911 to a design by architect George Sydney Jones for Stuart Ritchie, of Ritchie Bros, rolling stock contractors of Auburn.  Jones, grew up at ‘Llandilo’, the home of his father Dr Phillip Sydney Jones (now owned by Trinity Grammar). The imposing ‘Luleo’ stands on the grounds of the former Thompson estate ‘Malvern’, that was located next to ‘Llandilo’ on The Boulevarde.  The Thompsons were relatives of the architect George Sydney Jones.

‘Luleo’ added to the number of Jones designed homes located in the vicinity of ‘Luleo’ in Albyn Rd including ‘Darenth’ (34 Albyn Rd), ‘Bickley’ and ‘Treaghre’ (demolished).  However, ‘Luleo’ is a significant departure from Jones’ earlier Strathfield designs as this house was multi-storey, incorporated flat roof elements and rendered finishes. 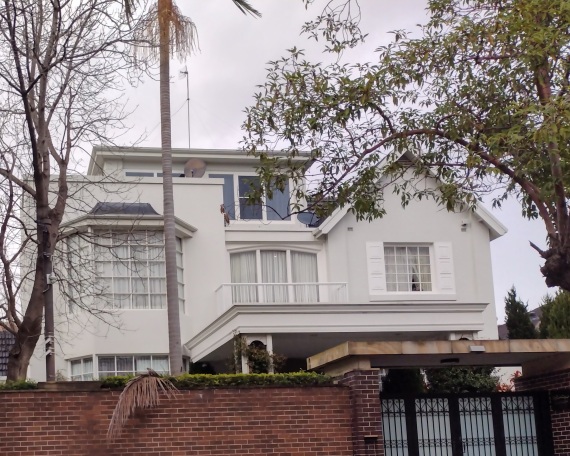 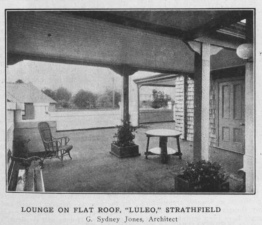 For more information on ‘Luleo’