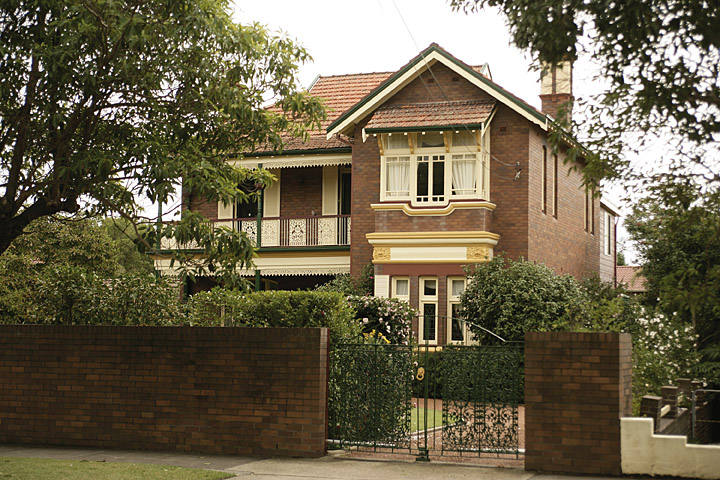 ‘Corfu’ 113 Albert Road Strathfield was built in 1902 for Frank Gaxieu (c.1844-1920), who lived at ‘Corfu’ until his death in 1920.  The likely architectural firm responsible for the design is Slatyer and Cosh. The architect Charles Slatyer, a Strathfield resident, designed many houses in Strathfield during the Federation period.

Gaxieu was born on the island of Corfu and moved to Australia during the gold boom in Ballarat, Victoria. Afterwards he became a bookmaker and owner of racehorses, the most prominent of the horses he owned was Fucile.  He was later a member of the committee of Tattersall’s Club.

Shortly after moving to Strathfield, Gaxieu’s wife died in 1903, leaving two sons and a daughter.

Following Gaxieu’s death, the house was owned by Mrs Anna Smith and then in the 1940’s, Miss Dorothy Smith.